Held on November 18th on the USC campus, the event will involve a series of matches in games including League of Legends, Valorant, Super Smash Bros., Overwatch, Rocket League, and Hearthstone. All matches will be played on campus and performed in front of a live audience while being streamed to Twitch.tv/USCGames and Twitch.tv/USCTrojanEsports.  The cross town rivalry between the two collegiate powerhouses will be just one of the many highlights of this year’s matches. Fortunately, this year we were able to conduct a pre-game interview with the coaches of the competing League of Legends teams: Joe Jacko from USC, and Ian McCormick and Danny Diaz from UCLA. They have shared many interesting stories about their personal experiences of esports coaching and expectations for this year’s Conquest. Let’s take a look! 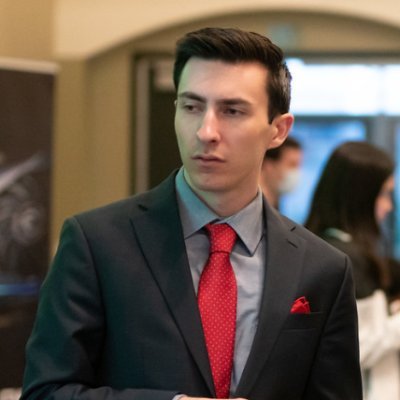 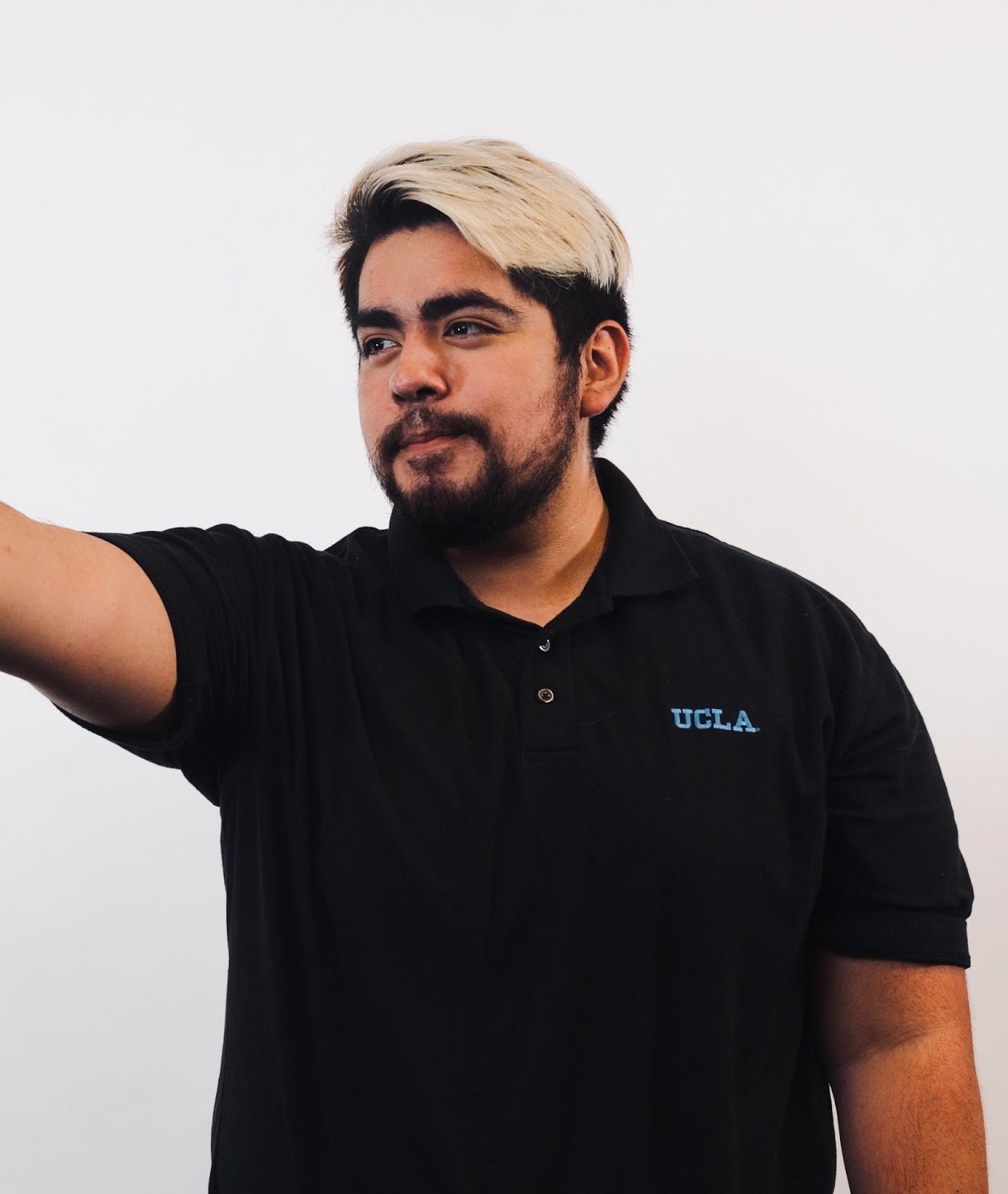 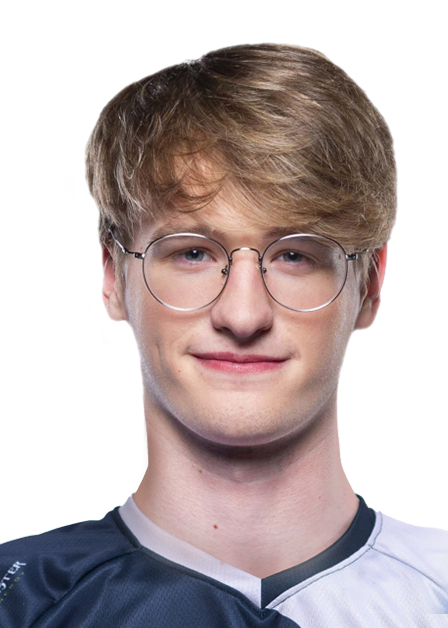 Q: Please give us a little background about yourself and what you have done in terms of your experience with esports.

Joe: I started my career at Virginia Tech and competed as a student player. The team I created and played on would go on to win over $20,000 in scholarship prizes through Collegiate League of Legends (CLoL).. Currently, I’m turning from playing to coaching, as I was hired as the head coach at the University of Southern California.

Danny: I started my coaching career as a coach at CSUN in 2018. I progressed in a company called WeThink coaching players on soft skills. I was able to transfer soft skills into my coaching patterns and to keep enhancing what I went under a credential of nurturing gaming to understand the healthy philosophies of coaching esports. This is my first quarter of the semester joining UCLA as the head coach of JV and acting as one of the assistant coaches for varsity for communications.

Ian: I’m Ian, also going by Ido. I’m currently the head coach of EG Prodigies, which is EG’s amateur team. I’ve been coaching for four years so far. I got my start also in collegiate so I’m very familiar and hoping to have a good tournament and give these guys a good baseline to where they can keep learning even past my time. It’s my goal.

Q: From working in tech to esports, what motivated you to make this transition?

Joe: Growing up I was always into esports and was trying to find a way to boost my resume with something that relates to esports in general. However, in 2018, a few articles caught my attention which reported gender issues in the gaming industry. At that time I began to think about what I could to have an impact on the gaming atmosphere. As a result, I  took an academic dive in my studies and transferred from engineering to communication to hone my skills in coaching. Specifically, I wrote on gender and communication in esports and furthered my study in communication and gender effects in esports, which also helps me immensely in my future endeavors both in working at USC and at Westridge School for girls.

Ian: I was a player originally and I figured I wasn’t really that good at it. However, I could always easily point out the mistakes no matter what I made or made in gameplay, and I was always kind of a leader growing up, even in team sports. Within the game skills and people skills, I felt like it’s an obvious transition for me.

Danny: My first source coming to sports coaching is football, and I got a strong impression of its emotional involvement. The football coach once asked me, “Why aren’t you getting mad? If you get mad, you get more physical. You will play stronger.” After I stepped into esports, I realized some of the coaches are using the same emotional strategies as well, so I was trying to think what’s the point of using emotion when most of this is just knowledge and technique that is practiced over time. As a coach, I wanted to improve on the communication side, being more collaborative on what are the flaws of a player or a team. Because being in a great team depends on how you communicate and solve problems together. Noticeably, that group skill can be universal, it can be transferred into the workforce. This is what I want to instill into my players.

Q: After a year of the pandemic, reopening in-person events is quite a treat for us. What are you looking forward to most in this year’s Conquest?

Joe: We’re very excited about this year’s team because we believe we have the strongest roster to date at USC.. I believe we will be competitive in the following spring CLoL season and that Conquest will be a preparatory event for our team before the spring Pac-U, which is a gaming conference held among the traditional PAC-12 schools. This is like the epitome of esports, especially at the collegiate level where we’ll get to see students take on big collegiate rivalries.

Ian: I’m not going to be there in person, unfortunately. As we all know, between USC and UCLA, obviously, there’s like a score rivalry and the players know each other very well. It’s a little bit extra than what you would envision with a typical game. Though I don’t have any ties to that rivalry, I kind of feed off of it. So, as bad as they want it, I want it as well, and I want to make sure that I can do right by them and give them a good experience that they will remember either way.

Danny: For me, it’s two emotions: anxious and excited. I’m excited because growing up as an LA kid, the question of who you root for, choosing from these two colleges, either USC or UCLA, is always being asked. Just like it’s either one or the other, you choose red or choose blue based on colors but in an emotional scenario. On the other hand, I’m anxious because I feared public crowds before COVID, but not seeing anyone for a long time made me want to start seeing everybody and start connecting to see the joy my players’ faces when competing in esports. Besides, I’m looking forward to the environment where we’re in this all together, being in person with a live audience.

Q: Please share more about the teams from USC/UCLA this year.

Joe: We’ve got a super competitive team this year with a slew of high-level, Masters+players on our starting varsity roster. I believe you will see us put on stage some of the best league of legends you’ll see at the collegiate level.

Ian: I think we’ve got a talented group of people that all want to improve this year. Obviously, they care a lot. I can see it in them when they play, interact and review with me. I think they want it really badly and their emotion feeds back into me as well. We make the right roster selection each week even including players from JV and also honor their hard work with some tryouts or some one-on-ones. Basically, everyone from top to bottom feels really motivated to play and it’s a lot of fun to be around them.

Danny: As Ian mentioned, he looks at everybody and he’s not kidding. He gives opportunity to everyone and fair share. Recently, one of our JV players has been promoted into varsity and this kid has been gunning for this position, since the start. He could be an example showing how competitive and hardworking our players are, and always want to be the best.

Q: In terms of preparation, what have the team done specially for the Conquest?

Joe: As I mentioned, this team is chock full of talent, so we focus more on communication in our training. Which is made possible thanks to our wonderful esports psychologists Dr. Ryan Terao and and Martin Butterick, out of the USC baseball team, who have helped immensely improve team communication and made our team a more cohesive unit.

Ian: I think the prep for us has less been around the game and more about do we have the five best players in the short term that will give us a good shot at performing well. Most of our prep has been done in the form of thorough player evaluation, making sure that no stone is unturned. Even JV and beyond, with players that maybe didn’t make the team or don’t have the time to commit to a full season, we’re looking at them as well. Therefore, I think we’ve got a pretty solid roster going forward for conquest.

Danny: The players, we choose the best ones; but alongside that, we choose the ones that are compatible with each other. In general, we want a team that has cohesion and can maintain that communication, and then follows up with the goal we strive for, to make sure that everyone is in unison and on the same page.

Q: What training session will be done for improving or correcting players on soft skills?

Joe: A good example would be how we usually partake in some physical activities, to build teamwork and trust, and then translate these points to parallel with the issues we’re simultaneously addressing in gameplay.

Danny: For my players in JV and the top player we mentioned, we’ve worked with an application called WeThink, which focuses on soft skills and now they transfer over into esports. We prioritize leadership, teamwork, communication, problem-solving, and character development. To me, the most important part is character, which they could keep forever. Because I want players to transfer, not only from what they learned in WeThink to esports but also if they want to go into different fields in the future, they could have these soft skills within them.

Q: What are some of your hopes and expectations for the performance of conquest this year?

Joe: Every time I watch our players compete, I get to see them overcome an arduous journey. It’s a battle to be the best player you can be, you have to seek to improve every day that you play. My hope is that when they go out there on stage to face off against UCLA, you get to see a team that fought their battles and came out victorious. It’s my expectation that they perform to the level I know they’re capable of, it’s what they’ve worked so hard for the past few months.

Ian: At least on my end, I hope it could get the team excited. Because scrims can be monotonous, it’s important to break that mold and give them something to look forward to. We’re just looking to form baselines, and if this is going to be an indicator of what’s to happen and CLoL, like how they act in competitive games, how they communicate with each other under stress.

Danny: With the in-person event, we’re going to have that bonding time within Conquest, and that’s what I’m looking forward to, making sure that we stay connected. For us, it will be more than an esports program but to stay together as a family.

Check out Conquest Esports at Founder’s Park on Thursday, November 18th or online at Twitch.tv/USCGames and Twitch.tv/USCTrojanEsports.