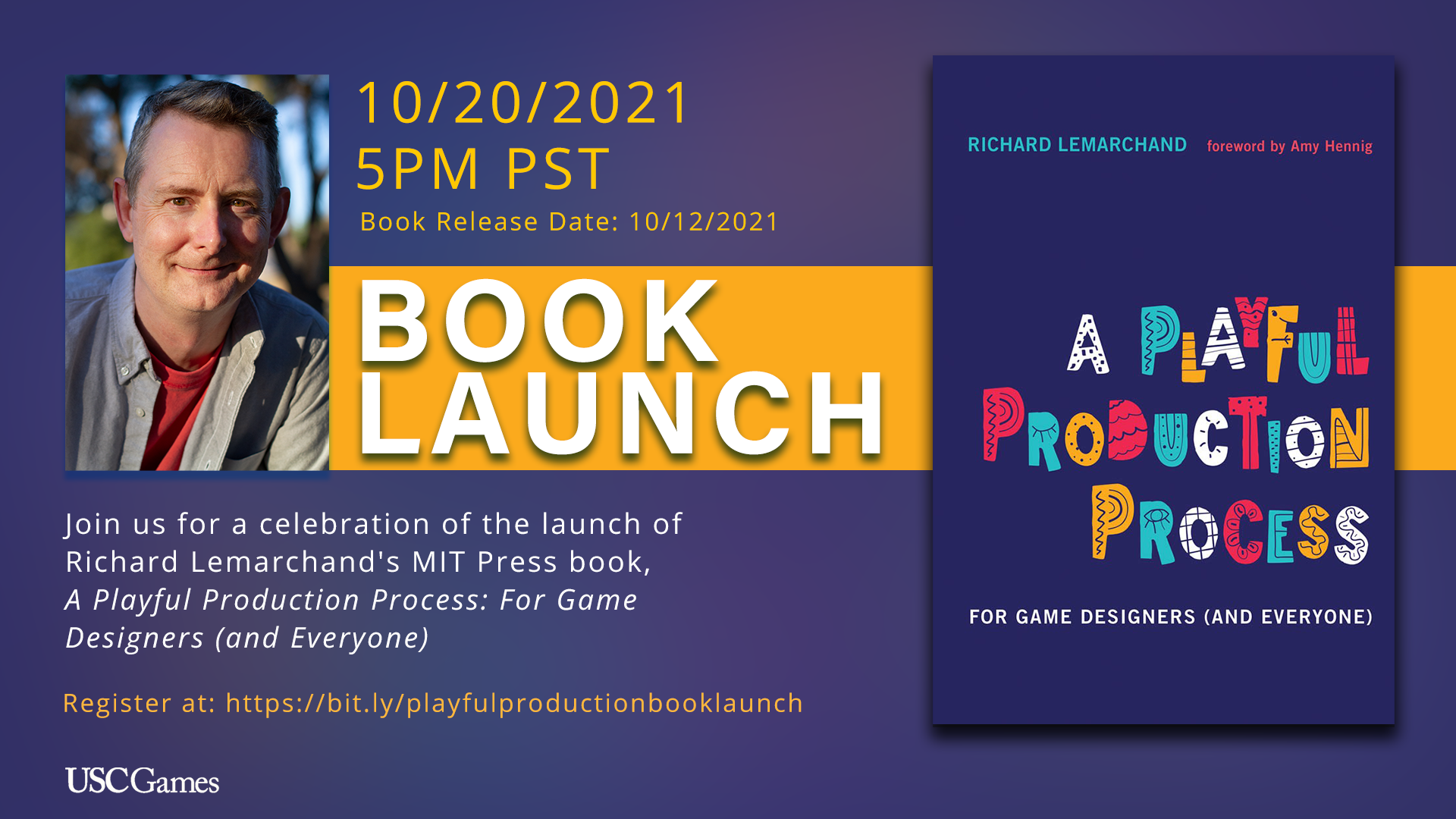 Join us for a celebration of the launch of the Richard Lemarchand’s MIT Press book, “A Playful Production Process: For Game Designers (and Everyone)”. Hosted by Gordon Bellamy, Richard will give a short talk about the book, and will answer questions from the audience. We look forward to seeing you there!

Questions are being collected for Richard to answer during the event. You can submit them here, and a moderator will ask the question on your behalf.

SAVE THE DATE: Registration for this event begins on October 5th at 9am.

APPLICATIONS FOR CORPUS CALLOSUM ARE OPEN 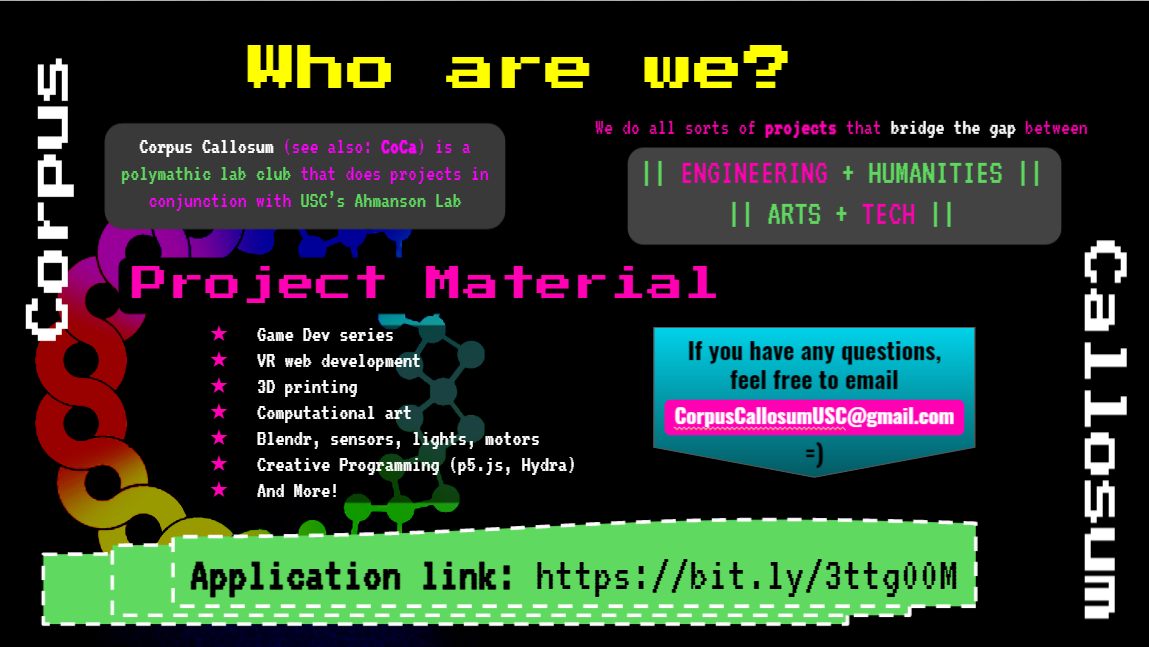 Applications for Corpus Callosum 2021 are now open! Submit an application if you are interested in joining an art + technology club. We work on projects spanning from creative programming, virtual reality, interactive art, 3D modeling, to any creative thing you desire!

CoCa meets at 7-8pm Mondays in the Ahmanson Lab (3rd floor Leavey Library), a resource for our community with VR headsets, computers, a 3D printer, an open working space for club members to work on and learn about any art-tech field tech at their own pace. 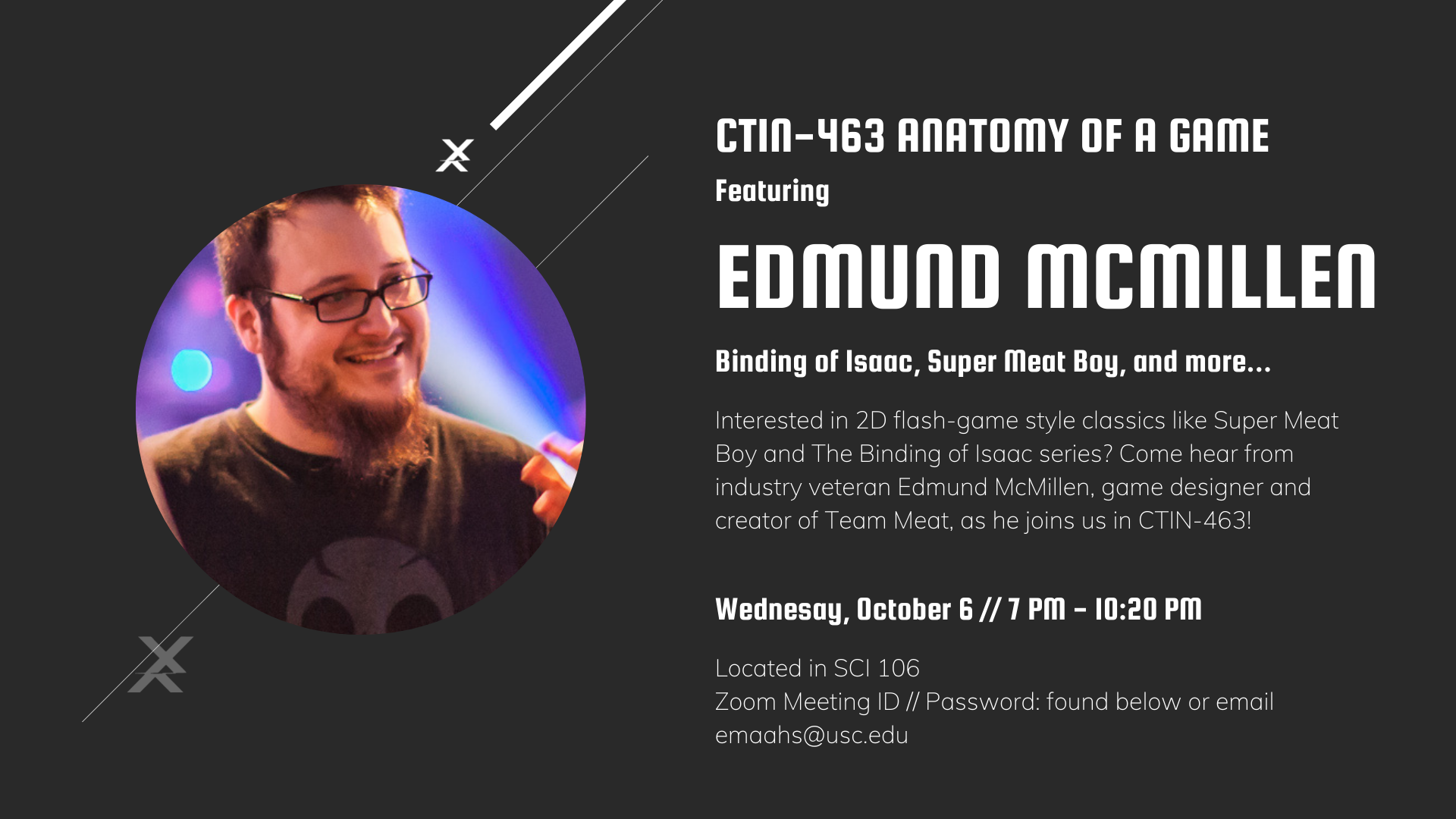 Interested in 2D flash-game style classics like Super Meat Boy and The Binding of Isaac series? Come hear from industry veteran Edmund McMillen, game designer and creator of Team Meat, as he joins us in CTIN-463! Edmund has over 10 years of experience working as an independent game developer, with recent titles such as 2017’s The End is Nigh, and the third expansion to the Binding of Isaac series, The Binding of Isaac: Repentance, as well as appearing as himself in the hit video game documentary Indie Game: The Movie. Come listen and learn first-hand about Edmund’s hand in building some of the most critically-acclaimed 2D indie titles from the ground up, this Wednesday, September 29th at 7pm in SCI 106!

*Face masks and a valid Trojan Check are required for attendance to all USC classes and events.

You are invited to participate in the ETC@USC Metaverse Experience Challenge over Zoom from 1:00pm Friday Oct. 8th to 5:00pm Saturday Oct. 9th.

The Challenge: Using the tools and resources of today and the next few years, come up with an original idea for an experience in the metaverse. 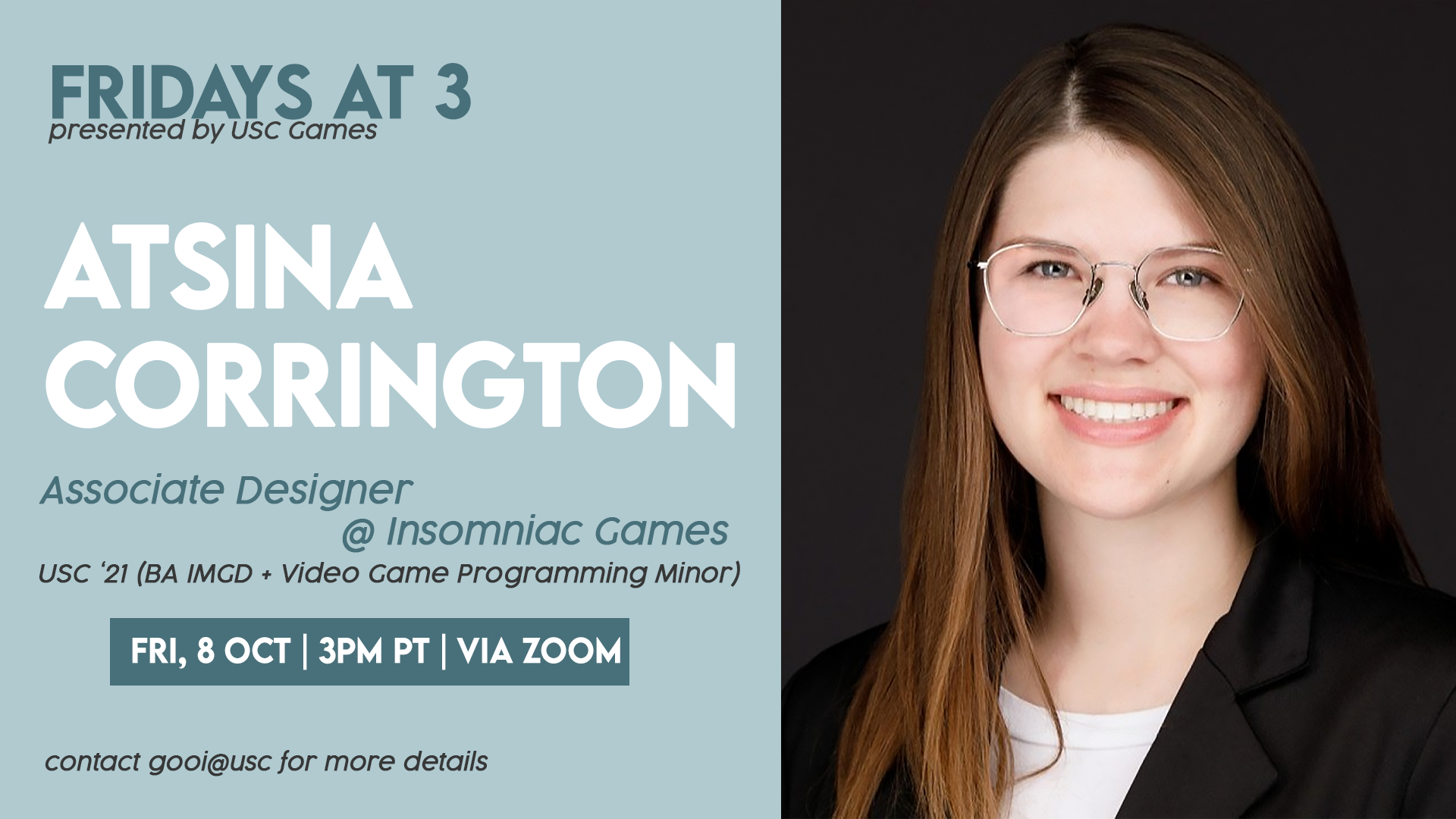 Calling all designers! Meet Atsina Corrington, Associate Designer at Insomniac Games, this Friday for a fireside career chat with Professor Gordon Bellamy! Atsina graduated from USC in 2021 with a BA in IMGD and a Video Game Programming Minor. She has worked as a designer on Marvel’s Spider Man 2 and Beasts of Maravilla Island, and was also co-creator of EMBOWER. Atsina is skilled in rapid prototyping, designing game mechanics and level flow. She aims to spike players’ curiosity through her projects via rich adventures and storytelling. Come chat with Atsina this Friday, 8th October at 3PM on Zoom! 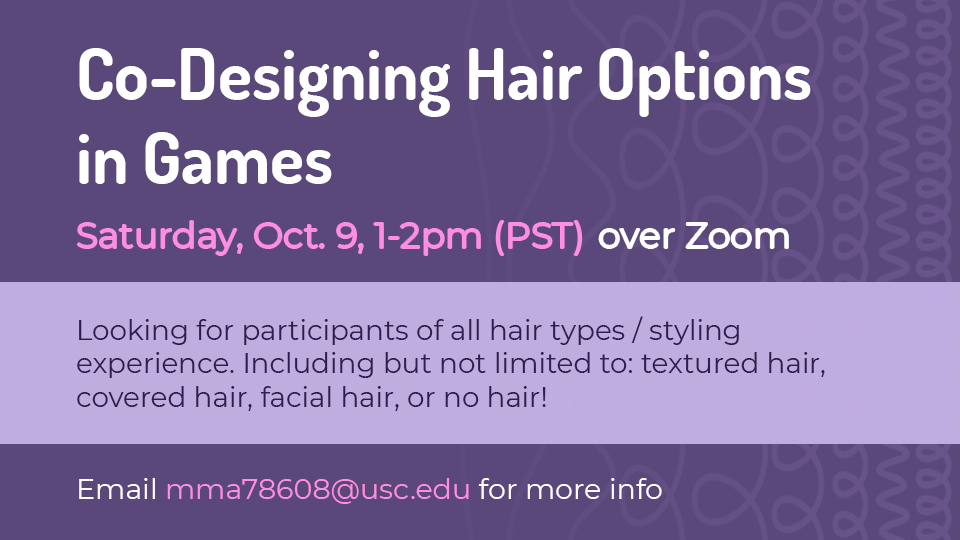 Looking for participants of all hair types/styling experience. Including, but not limited to: textured hair, covered hair, facial hair, or no hair!

If you or anyone you know would like to participate, here is an interest form!